In Loving Memory of

Passed away peacefully on Sunday, January 17, 2021 at the age of 83. Charles is reunited with the love of his life, Margaret “Maggie”. Loving brother to the late Isabella, Thomas, Walter, Janet and James. Survived by Grace, Violet, Margaret, Frank, and Angus. Charles will be lovingly remembered by all his family and friends from around the world.

Charles was born in Buckhaven, Fife, Scotland, to Isabella Mitchell and Charles McIvor. He was the true definition of a proud Scotsman, taking his Scottish heritage very seriously. As a young man he started his working career in the coal mines, following in his Dad’s footsteps before joining the Merchant Navy. He quite literally “sailed the 7 seas” during his time in the navy. Charles and his best friend (Pat Kelly) immigrated from Scotland to Canada in 1966. Once here he met the love of his life, “Maggie” and was married in 1968. Charles began his Bank of Montreal career as a chauffeur for the VP of BMO and it did not take him long to be promoted to the Manager of Office Services overseeing over one hundred employees. After retirement and moving to Amherstview (outside Kingston), he enjoyed spending time on the lake at their trailer at Sandbanks. He also volunteered with the Salvation Army. His great joy was being a part of a team of volunteers “Friends of the Phoebe” who were dedicated to the restoration of the steam ship “Phoebe”. In his quiet time, he collected coins, and played many instruments including the bagpipes, penny flute and the banjo to name but a few.
Charles, Charlie’s, Uncle Chuck’s life was so full and rich. His and Maggie’s parties were legendary and are still talk about to this day. Their open home, kind hearts and warm ways will fondly be remembered forever.

Essentials Cremation and Burial Services (905-354-2133) has been entrusted with arrangements.

The family would like to send a special thank you to Charles’s friends in Amherstview for their support and love. In lieu of flowers, donations to the Kidney Foundation, Canadian Cancer Society, Alzheimer’s Society of Canada or The Salvation Army would be appreciated. As per Charles’s wishes, cremation has taken place and a private family celebration of his life will take place on a later date. Online condolences and donations may be made on Charles’s tribute page at EssentialsNiagara.com. 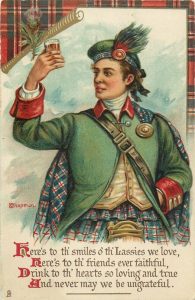 There are no upcoming public services scheduled or the service has occurred in the past.

You can post a condolence to the family below (up to 200 words). To add a photo, click on the camera icon. If you plan on making a donation, please notify the family by posting your intent in a condolence.

Sending our deepest condolences to all of Charlie’s family. He was a kind and gentle man who always had a warm smile. He will be deeply missed by many but forever in our hearts.

Charlie you were loved by all who knew you,you were my big brother my friend and always my protector,always there when I had a problem and you always had a solution, my life is a bit emptier without you.R.I.P dearest Charlie..❤️

Chuck, how does one say farewell to such a cherished friend? When you moved onto LeJune in Agincourt, you not only completed but enhanced our odd triangle of Carabines, Cudahys and McIvors but suddenly there were fireworks to attend, shared stories and laughter, spirits to wet our tongue, but most of all a deep friendship carved in stone lasting all these many years and living on in the memories of those of us left behind. Thank you, Chuck, for everything. You were a unique and faithful friend, and our lives were truly enriched by the gift of having you share them with us. God Bless you and yours.

The family of Charles McIvor would like you to consider placing a donation to one of the following charities:

Note:  If you make a donation, please notify the family by posting a condolence.

Click on the heart to send your love to the family.  Additionally, you can write a condolence located on condolence tab.